“I quote the Gospel, they call me a Communist.”

Websites dedicated to the idea that Dorothy Day was a Communist agitator are easy enough to find.

Pope Francis and Dorothy Day are neck in neck for the title of The Most Communist Catholic. Francis took the lead when Fox News reporter Stuart Varney called him “the Obama of the Catholic Church.” To him, that’s even worse than being a Communist.

She kept her eyes focused on God and the “Body of Christ,” feeding poor people, caring for the most marginalized.

One thing is for sure, state control of the economy would be an anathema. Much of what she said about unemployment insurance and other programs would be hailed by Rand Paul.

If Day had any ideology, it would be, using her word, “personalism.”  Personalism is the opposite of communism and popularized in the Church by John Paul II. He summarized it as, “persons are not to be used, but to be respected and loved.”  “ (Redemptoris Missio)

Debates about Dorothy Day’s ideology already fill books and websites. They miss the point.The center of Day’s thinking was her beliefs in God, Christ living in every person, in every moment. She read the Bible every day. Whoever advanced the vision of the primacy of The Beatitudes was her companion, regardless of affiliation. She writes:

“The truth is the truth, writes St. Thomas, and proceeds from  the Holy Ghost, no matter from whose lips it comes.”

Currently there are only four communist countries in the world. Granted, China is pretty big, but it is also turning more toward capitalism. So declaring the supposed communism of gospel-inspired people is a waste of time. It detracts from the message of the kinship of all people.

These two Catholics can call themselves Aquinas-ist, 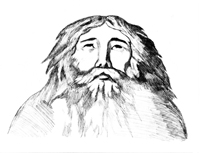 These are the teachings on social justice that Dorothy Day held dear.

But Communist? Marxists? No.

She opens her arms to the poor and extends her hands to the needy.