The battle at home now is to conquer the bitterness, the sense of futility and despair that grows among the young and turns them to violence, a violence which is magnified by the press, the radio and television. We lose sight of the poor people’s cooperatives and boycotts, the conquest of bread, as Kropotkin called it, which goes on daily in Alabama, Mississippi, Louisiana, not to speak of California, Texas, and all the states where Mexicans have been imported for agricultural labor. 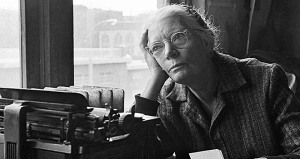